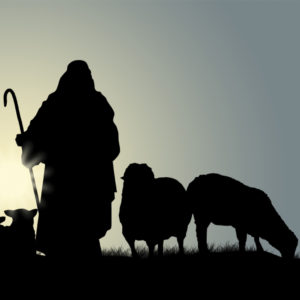 Encouragement is a “one another” ministry of the church. Every believer is to encourage others. In Hebrews 3:13, Paul tells us to “encourage one another day after day, as long as it is still called “Today,” so that none of you will be hardened by the deceitfulness of sin.” The fact is, it will always be called “Today,” so encouragement is the “order of the day” every day. We are to encourage one another because we are all prone to being hardened by the deceitfulness of sin.

One of Satan’s deceitful schemes is discouragement, and he seeks to discourage pastors through the criticism of the flock. In the midst of this pandemic, it seems that whatever pastors do, they are subject to criticism from one portion of the flock or another. Everyone has an opinion of exactly how things should be done, and no matter what the pastor and elders decide to do, someone is unhappy.

In 1 Thessalonians, Paul exhorts: “Therefore encourage one another and build up one another, just as you also are doing” (1 Thess. 5:11). So, to you shepherds who are seeking to faithfully shepherd your flock, I want to encourage you today with the following poem.

This poem was written by my grandson, Titus, as an encouragement to his father, a pastor. Through this crisis, Titus has watched his dad take quite a bit of criticism as he sought to lead the church faithfully through the pandemic. Titus penned the following poem entitled The Shepherd. Today, I share it with all of the faithful shepherds who are seeking to lead their flocks and are facing the daily discouragement of criticism.

The shepherd trudged through rain and snow,
Directing sheep where they should go.
His rod and staff did often stay,
Their footsteps on the narrow way.
Though countless sirens beckoned yonder,
The shepherd never let them wander.

Now sheep are often silly beasts,
They shun the shepherd and his feasts.
They amble off for better pasture,
And overlook the sure disaster.
But shepherds know (for it’s their job),
That foolish thoughts breed in a mob.

If sheep could find the pleasant plain,
Without the shepherd and his cane,
Then they could walk alone all day,
Without a guide they would not stray.
Alas, this concept is absurd,
He’s no sheep who needs no shepherd.

Though many don the shepherd’s shawl,
With staff and harp and sling and all,
A pastor’s dross will meet its flame,
When lupine fiends come in to maim.
The brave will stand while others run,
And truth will shine when day is done.

With trumpet sounds the Shepherd comes,
The King announced with beating drums.
He comes to gather to his fold,
The loved ones chosen from of old.
Each sheep is found without a spot,
For with his lifeblood they were bought.

At last the shepherds pass the throne,
Each one to answer for his own,
But crowns come not from size of flock,
Or happy sheep with prancing walk.
Each shepherd rather is rewarded,
For scars from wolves that he had thwarted

The King then looks upon these men,
The shepherds charged to keep each pen,
The sheepish shepherds drop their eyes,
For they were neither brave nor wise,
But others gaze with tear-streamed face,
Faithful men held firm by grace.

Remember, faithful shepherds: “God is not unjust so as to forget your work and the love which you have shown toward His name, in having ministered and in still ministering to the saints” (Heb. 6:10). And now may “The LORD bless you and keep you; the LORD make his face to shine upon you and be gracious to you; the LORD lift up his countenance upon you and give you peace” (Num. 6:24-26).