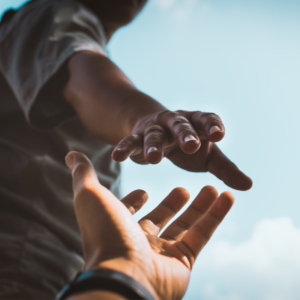 This article was written by Edward Moody and published by AACC

I was leaving a restaurant when I received a call about a serious accident in our community. The caller ended with, “Come quick!” I was a counselor educator at North Carolina Central University and had recently begun serving as a pastor at Tippett’s Chapel, a rural church. When I arrived, what I saw was surreal. The fire chief walked me to a grieving couple whose daughter had been killed. I spoke with them, prayed with them, and encouraged them to go home, where I met with them later. At the end of the evening, I remembered seeing several people from our church who knew the couple at the accident scene. In many ways, they could have helped the couple more effectively.

What do they need to know?

What does the average congregant need to know to help people through crisis and trauma? Most importantly is to embrace his or her call to be an ambassador of Christ (2 Corinthians 5:20) to those who do not know Him… and a burden bearer (Galatians 6:2) for those who do. When a tragic event takes place, they ask, “What can I do to help?” A shift from bystander to participant will take place when they become other-centered.

Next, we want to empower congregants by helping them identify and utilize the tools they have as Christians. God is at work within every Christian (Philippians 2:13), preparing them to help others. We want to shift away from the idea that only an expert can help. Often, the average person can assist in ways an expert cannot since they are a part of the community and have a rapport with the individual in need.

What do they need to do?

Observe: Just like Joseph observed the baker and the butler in prison (Genesis 40:6-7), we want our congregants to observe those in their neighborhoods, workplaces, schools, and even the Church. In an emergency, we want them to look for those in need and consider ways to help. Observe, but never gawk. If congregants are trying to assist someone at an accident scene, it might help to position their backs toward the action and face the person they are assisting. Later, we want them to observe the coping strategies that should be used following a crisis. For example—have they isolated themselves from others or engaged in negative, or even dangerous, coping activities?

Attend: Train congregants to “attend,” much like the friends of Job did immediately after the deaths of his children (Job 2:11-13). Concentrate on the power of presence, which is easier said than done. For example, after a house fire in our community on a cold night, some of our congregants attended to the family while the firefighters worked. The family had a difficult time leaving their home behind, so people stayed with them despite the elements. Another way of attending is to stay involved with someone after a loss. For example, a widow might withdraw from friends, saying she does not wish to be a “third wheel.” When we insist that those recovering from trauma join us for meals or trips (attend to them), they often improve.

Listen: Like Job’s friends, when we listen to people rather than correct them or try to “fix” them, healing occurs (Job 4:7-8). We get into trouble when we quote passages like Romans 8:28 out of context. We are also less likely to harm (Proverbs 10:19) and more likely to help when we listen (James 1:19). If we listen, we will hear guilt, doubt, and blame, which open opportunities for better helping later. For now, just being able to unburden themselves to someone they know will help those traumatized.

Act: We want our congregants to prepare to act. When Jesus described those who served Him (and others in His name), He referred to their actions (Matthew 25:35-36). The Good Samaritan was commended for helping the wounded traveler (Luke 10:34-37). Help congregants identify needs in various crises (e.g., cleaning the home or mowing the lawn after a loved one has died).

Everyone offers, “Please let me know if I can do anything to help.” A father whose daughter died in an accident told me, “People say that as they back out the door.” Helpful congregants look for a need and meet it. Once people see a person’s willingness to help, they are more likely to open up about other needs.

Respond: Prayer steadies the helper during a crisis and invites God into the situation. Asking, “Would you like for me to pray with you?” is an invitation rarely rejected. Research indicates the first coping strategy people utilize after trauma is prayer.i Praying aloud is helpful because we are modeling for listeners how to pray. Praying for the person by name is also comforting. Encourage congregants to offer reading Scripture like Psalm 46 and prepare them with additional passages to share throughout recovery. As they walk with others on this journey, they will listen to them, read a pertinent passage to them, and pray.

Remember: Being present with someone in a trauma creates a bond like no other. Educate congregants about the ebb and flow of the grieving process and how to help the person who experiences doubt. Eventually, they will have the opportunity to address doubts and guilt, though they may need to point the individual to a pastor or professional helper. Provide referral information so they have a place to direct those needing more assistance. Often, referral to an expert is received better from a friend. As the recovery continues, make contact during holidays, the birthday of the loved one lost, the anniversary of the event, and other significant times.

How do we train them?

After the accident at the beginning of my ministry, we began using Bible studies to train our congregation. The material eventually became my book, First Aid for Emotional Hurts.ii It seemed beneficial to consider the tools and techniques of helpers in the Bible. The Church will never handle these situations perfectly, but we can prepare our churches to help people through the worst day of their lives by working together. When our people are Christ’s ambassadors and burden bearers, Jesus shows up (Matthew 18:20).