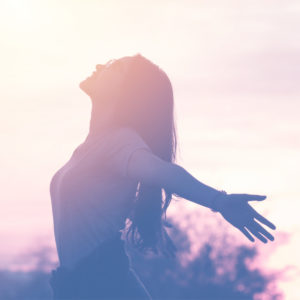 This article is by Dr. Jared Pingleton and published by AACC

Human life is profound, precious, and priceless. Life itself is miraculous, marvelous, and mysterious. Consequently, humans are infinitely valuable yet inherently vulnerable.

Humans were designed and created as the crowning achievement of all creation to proclaim the glory and grandeur of the Almighty as well as to intimately relate with him. Crafted from the very nature and identity of God, humans are endowed with remarkable capabilities, fabulous attributes and amazing potentials. Indeed, human beings are the most important creatures in the entire universe.

If we ever stop to ponder this, we intuitively know these facts are indisputable. It is impossible to reason otherwise. Yet, tragically throughout history, many have not thought through or accounted for the inestimable worth, dignity, and meaning of human life.

Violent wars, brutal genocides, mass murders, gruesome infanticides, atrocious holocausts, abhorrent child sacrifices, and other hideous evils have been responsible for the indiscriminate extermination of countless people through the ages. Prejudice, selfishness, ego-driven pride, expedience, discrimination, and psychopathology have annihilated millions of people’s lives—and continue to do so today.

We simply must return to a clear and compelling biblical worldview. Scripture unequivocally declares human life to be of ultimate worth and of the utmost dignity. Thus, life is to be wonderfully celebrated as well as fiercely protected.

From conception to death, life is of incalculable value. Humans are created in the image and likeness of God [Genesis 1:26-27; 2:7, 21-22], who personally knits together each part of the temporal body that houses the eternal soul of mankind while a person grows and develops in their mother’s womb [Psalm 139:13-16].

King David vividly ascribes both our creation by God and our connection with God as constituting his master plan: “Know that the LORD, he is God! It is he who made us, and we are his; we are his people, and the sheep of his pasture” [Psalm 100:3, ESV]. The prophet Isaiah affirms God’s purpose by stating “This is what the LORD says—he who made you, who formed you in the womb and who will help you…” [Isaiah 44:2, NIV].

God directly designed and developed us and desires us to have a relationship with him. The prophet Jeremiah declared that God personally knew us and cherished us before we took our first breath: “Before I formed you in the womb I knew you and approved of you as my chosen instrument and before you were born I consecrated you to myself as my own…” [Jeremiah 1:5, AMP]. The apostle Paul helped us understand that God loved us before the foundation of the world and chose us to be adopted as his children [Ephesians 1:3-6]. Jesus explained that the Father loves us so much that he gave us his one and only son for our sin in order that we may live with him in heaven forever [John 3:16].

However, our deluded, darkened, and decaying world diminishes if not downright dismisses the inherent worth of humans. This is particularly true for those who are the most defenseless, innocent, frail, and/or helpless. Babies, those with various disabilities, and elderly persons are not unconditionally valued by many societies. Consequently, many such persons whom God created and for whom Jesus died suffer abortion, institutionalization, and euthanasia.

Tragically, the only value many unborn babies have is from the business transaction paid to viciously destroy their life. For many aborted babies there is an enormous amount of commercial revenue generated from harvesting their dismembered parts, organs, stem cells and other tissue within the grotesquely obscene abortion industry. This constitutes unthinkable and unspeakable evil.

In complete contrast, the truth of scripture proclaims “Behold, children are a gift of the LORD, the fruit of the womb is a reward” [Psalm 127:3, NASB]. Children, and indeed all living humans, are to be cherished and treasured as a precious and priceless blessing from God.

Our sinful, fallen world has long ago failed to acknowledge the reality that all human life is sacred. Thus the Church is called, commissioned, and commanded to speak truth, shine light, and spread salt into the ethical delusion, relational darkness, and moral decay of our secular society. As the Church of Jesus Christ, we must acknowledge that we have largely failed our mission, repent, and then get to work serving others as his ambassadors [2 Corinthians 5:20].

To begin with, we would do well to reclaim the truth and reverse the indoctrination done by our culture of death regarding the entire sanctity of life issue. Debate experts realize that in order to convincingly persuade opinion or sentiment, one must control or at least influence the definitions of key terms. Think about how the sacredness of human life has been subtly yet surreptitiously subverted by the secular world’s mindset. Tragically the Church has been both complicit and complacent by allowing so-called ‘politically correct’ terminology to effectively reshape, or brainwash, public opinion. For example:

Gradually, insidiously, the culture has drunk the proverbial Kool-Aid. Much like the frog in the pan on the stove which is croaking at 211 degrees—but will croak at 212 degrees–our culture is in danger of being progressively boiled alive to accept the deception, distortion and deviance brought about in part due to the high jacking of such key terms. Fellow Christians–may this never be!

Listed among the seven things which God hates are hands that shed innocent blood [Proverbs 6: 16-19]. The sacredness of human life is not a political issue. It is a moral imperative. It is biblical ethics 101. It’s actually just plain old common sense!

You see, words matter. Words formulate and alter public discourse and opinion. And words create or change legislation. It was by God’s Word that the universe itself was spoken into existence. Words can literally hold the power of life and death.

Church, we must take back what the adversary has stolen! Recall his mission statement in John 10:10 – it is to steal, kill, and destroy. He is anti-life, personified. However, our Advocate—the giver of life– came that we might have life, and have it to the full! That is truly pro-life!

We must be unmistakably clear: babies are people–not choices or random blobs of tissue. Life begins at conception—not randomly part way through gestation. Medical advances in neonatology have proven the so-called “viability” argument to be exposed for the ridiculous fallacy that it is. When Roe V. Wade was enacted in 1973, babies were thought to only be capable of living outside the womb in the third trimester on. Now thankfully, babies can survive much sooner.

Babies do not magically acquire powers to become self-sufficient at some vague point in their development any more than a germinated vegetable seed can produce mature ripe fruit if it is ripped up from the soil in which it sprouted and/or deprived of sufficient moisture. Both embryonic babies and future garden plants are fully living organisms—it is a ludicrous lie to somehow think otherwise. When either is prematurely and cruelly torn from its natural growth environment, they do not cease being what they are. They are still a human and a plant. They just die prematurely. To be in pathological denial about this obvious truth tragically proves we have lost our collective minds, our moral compass, and indeed our way.

Furthermore, as best-selling author, award-winning artist, and noted ministry leader Joni Eareckson-Tada so profoundly teaches us from her wheelchair of over 50 years, all of us have disabilities–whether visible or invisible. We are created and sustained in the image and likeness of God himself yet all of us are as unique as our fingerprints, eye prints, and voiceprints. To say that a disabled person is not valuable is a grievous lie. People are people, and we are all different, with different gifts, talents, and abilities.

Additionally, the elderly matter and are worthy of enormous honor, dignity, care, and respect. We are indebted to them collectively for our very existence! King Solomon observed that “The silver-haired head is a crown of glory…” [Proverbs 16:31, NKJV]. They are deserving of honor whether they are deemed “productive” in a coldly utilitarian way or not. We would do well to revere and appreciate their wisdom, experience, and legacy.

All human life is sacred, regardless of age, functional differences, or developmental stage.

In order to be truly ‘Pro-Life’ the Church must practice what it preaches (or should be preaching!). We must do more than protest, write emails, or march. We must defend, protect, and advocate for those who cannot do so for themselves. Life is precious, life is sacred, but life is also fragile.

Throughout the entirety of scripture, God champions the existence and the cause of those whom societies marginalize, look down upon, or mistreat. God is so naturally devoted to and protective of vulnerable people that he is even identified as the “Father of the fatherless and protector of widows is God in his holy habitation” [Psalm 68:5, ESV]. God passionately and vigorously defends those who cannot protect themselves. And so must we.

Moses commands that “You shall not harm or oppress any widow or fatherless child” [Exodus 22:22, AMP]. Isaiah urges us to “Learn to do right; seek justice. Defend the oppressed. Take up the cause of the fatherless; plead the case of the widow” [Isaiah 1:17, NIV].

Solomon instructs us to “Rescue those who are being taken away to death; hold back those who are stumbling to the slaughter. If you say, ‘Behold, we did not know this,’ does not he who weighs the heart perceive it? Does not he who keeps watch over your soul know it, and will he not repay man according to his work?” [Proverbs 24:11-12, ESV].

Finally, we are given the caveat that “Pure and unblemished religion as it is expressed in outward acts in the sight of our God and Father is this: to visit and look after the fatherless and the widows in their distress, and to keep oneself uncontaminated by the secular world” [James 1:27, AMP].

But wait—there’s more! James concludes this thought with a clarion call to activism and involvement. He plainly and unmistakably lands the Christian imperative this way: “Therefore, to him who knows to do good and does not do it, to him it is sin” [James 4:17, NKJV]. The stifled yawns, detached passivity, indifferent attitudes, and casual complacency of many so-called believers are sadly and seriously sinful. We must no longer merely wring our hands and shake our heads, look the other way, ignore the unpleasant realities, and passively sit by and remain uninvolved.

You see, Christianity is not theoretical or ethereal. Lived out faith is simply not a passive, noncommittal spectator sport. Hebrews reminds us that “…the word of God is living and active, sharper than any two-edged sword…” [4:12, ESV]. So must we be also.

We must all get involved. We must boldly take a stand for righteousness. We must courageously join together to help those who cannot speak up for nor defend themselves. We must protect the oppressed, rescue the perishing, serve the neglected, support the downtrodden, and advocate for the powerless. We can, and must make a difference—individually and corporately.

We must love God fully and thus, our neighbors as ourselves– even, and especially our unborn, disabled, and elderly neighbors. Valuable, virtuous, and vulnerable lives depend on us all. The time for the Church to act is now!