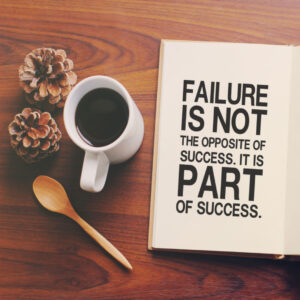 This article was written by Rick Thomas and published by BCC

Cursing the sun exacerbates the problem. The discouraged farmer cannot change the sun any more than you can control all the heat in your life. What if you took two plants and sat them side-by-side under the heat of the sun. The sun equally pours its rays on both plants, but one plant cannot withstand the heat. It withers away. The other plant flourishes.The issue is where we fix our focus: on the sun or the plants? One person experiencing difficulty will respond in anger or anxiety, and both reactions are like cursing the sun. Another individual responds with grace, humility, patience, and a desire to learn—two disappointed people with different results. Though we won’t always respond correctly to our trials, we must learn how not to let bad reactions become a habit. There is a difference between episodic bad reactions and a pattern of sinful responses.

For we do not want you to be unaware, brothers, of the affliction we experienced in Asia. For we were so utterly burdened beyond our strength that we despaired of life itself. Indeed, we felt that we had received the sentence of death. But that was to make us rely not on ourselves but on God who raises the dead (2 Cor. 1:8-9).

Don’t beat yourself up for responding poorly to adversity. It’s a testimony that affirms your humanness. We talk about Paul as the great apostle to the Gentiles, which he was, but if you read 2 Corinthians 1:8-9, you’ll see that his initial response was not helpful to him or his relationships. Like you and me, he had to learn the lesson after he failed the test the first time.

Do not drift into morbid self-flagellation for not being as spiritual as you hoped you would be by now. Too often, the temptation is to stare in the rearview mirror while drifting into regret. If that is you, stop it. Capture that thought and bring it into the obedience of Christ. Recognize your normalcy rather than elevating your opinion of yourself, thinking you’re more than you are.

The rational, humble soul will own his failure but not drown in it. He will recognize his inability, as Paul did, and begin applying the lessons that Paul eventually learned after his initial losses. The first step of repentance is recognizing you made mistakes and sinned. As you see these things, own them and then make a plan to change while resisting all temptations toward worldly sorrow.