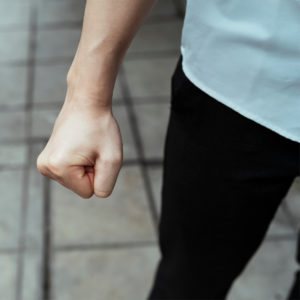 This article is by David Powlison and published by CCEF

Let’s begin with a case study. Todd, a middle-aged divorced man, says he is angry with God because, essentially, his life is falling apart. His wife left him for another man; his only child—a twenty-five-year-old son—is not very responsive to him anymore, and a stray dog recently killed his cat, which he thought was the only creature that seemed to love him. His life has not turned out as he once dreamed, and now he’s afraid to dream. What could God possibly be up to in his life?

What could you say in response to Todd’s anguished and angry question?

Befriend him before you counsel him

In this type of case, the easy part is knowing “the right answer.” Undoubtedly, you can identify those biblical writers who would resonate immediately with this man’s plight. Think of the book of Job, Psalm 23, and the story of Jonah. Then there’s 2 Corinthians 1:4; Romans 8:28, and the list goes on. There are so many good, right, true, and helpful passages to draw from. However, your first question is not, “Do I have all the right passages to quote?” but rather, “Do I have this man’s ear? Are we in a conversation where the truth can be savory and relevant, and really touch him?”

When someone’s struggling with anger at God, rather than immediately diving into any number of passages of Scripture, make sure you have his ear. Take a walk with him as a friend. Acknowledge the value of his being honest about his struggle with God. Affirm his current conviction that life in a fallen world can be very difficult and deeply disappointing. Beyond these general guidelines, it’s hard to know how you might script that first relational step where you’re trying to build some trust with Todd. Yet, your purpose at this stage is clear: you’re trying to be the friend who cares about a man who feels like nobody cares about him.

As you think about your response, recognize his asked and unasked questions

Todd’s string of trials probably prompts a number of hard questions for him. There are a lot of what you might call implicit questions haunting him. Among them: (1) What’s the use in life now? Why go on? (2) Do you, Pastor, care about me? Your responses to Todd become a signpost pointing him to the deeper love of God. They set up a context of trust, honesty, and kindness that will make messages about God’s nature and purposes more meaningful to him. Todd cannot face life’s struggles and hardships if he thinks he can know God’s attitude toward him based on those experiences (rather than from Scripture). There has got to be a deeper foundation. Ultimately, he has to develop a deeper view of who God is that takes him beyond his limited interpretations of his circumstances.

Anger at God is like other anger problems in that it expresses what someone loves, cherishes, and worships. Todd’s anger at God over these losses illustrates how he has placed his faith, hope, and security in things that are perishable rather than in God, who alone can be his rock and fortress. No one wants a wife who betrays him. No one wants a child who avoids him. No one wants a beloved animal to be killed. But there must be something deeper that is this man’s foundation for building a life with meaning and purpose.

On the one hand, Todd’s anger is understandable: he has lost relationships that are very dear to him. His anger boils from the heat of lost relationships. On the other hand, his anger blinds him to his lack of relationship with the God who could sustain him during these trials. Obviously, it’s not wrong to desire close, ongoing relationships with family members or pets. But Todd’s anger reveals that these otherwise fine desires had been elevated to the status of implicit demands: “I must have ___, or my life is pointless.” But in living by this presupposition, Todd had drifted from God’s purposes for him. Therefore, it’s not the desires for relationships that ultimately got him into trouble; it is rather his own privately generated expectations that he thrust onto God that have sent him into the emotional storm that he now faces. As long as he holds to these desires-turned-into-demands, there will be no peace in his heart. His hope will grow increasingly dim. His purpose in life—which would give him direction—will be lost.

You should help him replace those expectations about what he thinks God ought to do in his life with humble submission to what God says He will do in His children’s lives. Scripture reshapes our core expectations. For example, help Todd to reconsider, “Who is most qualified to direct my steps in life?” You could build a conversation around a couple of life-rearranging Proverbs:

In their hearts humans plan their course, but the LORD establishes their steps. (Prov. 16:9)

We do plan, but our plans don’t have the last say on what lasts. The humility to accept this is freeing.

A person’s steps are directed by the LORD. How then can anyone understand their own way? (Prov. 20:24)

We can’t even fully understand our lives. Again, the humility to accept this is freeing.

Then you might use the whole second half of Romans 8, which climbs into all of Todd’s hard experiences of life. The last several verses read:

Who shall separate us from the love of Christ? Shall trouble or hardship or persecution or famine or nakedness or danger or sword? As it is written: “For your sake we face death all day long; we are considered as sheep to be slaughtered.” No, in all these things we are more than conquerors through him who loved us. For I am convinced that neither death nor life, neither angels nor demons, neither the present nor the future, nor any powers, neither height nor depth, nor anything else in all creation, will be able to separate us from the love of God that is in Christ Jesus our Lord. (Rom. 8:35–39)

Generally speaking, you need to help Todd see how his anger at God is due to weakness and blind spots in his faith. He has known God. But his degree of faith has been shown insufficient to sustain him through his losses. These hard experiences are a God-sent opportunity for his faith to deepen and grow. Help him learn how “Faith lives as though what God says is true.… The essence of living faith is something different than any particular experience.… Faith takes God at his word and acts on it.”1

Assure him that as he grows in such unmitigated trust in his God, he will change. A living, active, sincere faith always bears good fruit, because a living, active, loving God is at work.

Help Todd to see that the intensity of his current struggle actually bears witness that he is designed for something much greater than even his relationship with people. He is designed for a lasting relationship with God. Of course, his faith is the key expression of that relationship, and as such, it is also the key that unlocks the meaning, purpose, and hope that he desperately needs right now. Faith itself is not the anchor. But our faith anchors in the Savior, Shepherd, and Father who loves us.