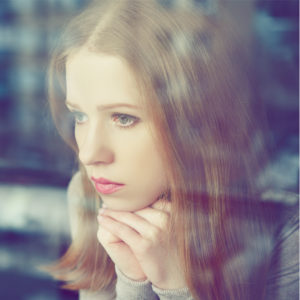 This article is by Diane Langberg

John Baillie, in his book A Diary of Private Prayer, wrote this: “Grant that my part in this world’s life today might not be to obscure the splendor of your presence but rather to make it more plainly visible in the eyes of men.” I fear that we as the body of Christ today are doing much to obscure the splendor of the presence of God in our midst. I have been reading Paul’s letters to the Corinthians and been struck by their relevance to the present day church.

Corinth was a great city in the Roman Empire. It was wealthy and lustful. It was known for the clever arguments of its resident philosophers. The delivery of such arguments was of the highest form and it was the center of all things intellectual. The city was also rotten at its core, corrupt and lewd. The body of Christians in that city were meant to be characterized by righteousness, sanctity and the fruits of redemption. Instead they had taken God’s name while departing from him and his ways, gathering around their own views and ideas. They were centered on the philosophies of the hour and created within the church schisms based on opinions. They were focused on the material, having lost their understanding of the spiritual. There was moral failure in the church, as wrong thinking easily leads to wrong doing. The sin in their midst was ignored, covered up and they failed to deal with it by bringing it to the light and grieving over it. Sound uncomfortably familiar?

We have caused divisions and arguments by adamantly using labels to define the place of women in the home and the church. We identify ourselves by those words; “I am this or I am that”. We have divisions over issues of justice. Justice is what the church is called to, or justice is not the church’s call – evangelism is the only call. We have been and continue to be divided over race. We say, “they”, which means not “us”. We treat “them” with disdain, disrespect and distance. We tolerate bullying, rage, arrogance and sexual sin in our leaders. We have ignored and covered up sin, saying we are protecting “the work of God”. And now that such evil is being exposed, we somehow think a rule will prevent it – as in never letting men and women work or dialogue together. If rules could prevent humans from sin God would have delivered the Ten Commandments to Moses and sat down. And frankly, if we follow that rule we will build more chasms between male and female in the body of Christ. Not to mention there are those in power who also abuse boys and young men. We have divisions over politics – in the church of Jesus Christ! It has infected the church with a warfare of words. We are focused on the material and are losing our understanding of the spiritual. Our Lord said, “My kingdom is not of this world”. It is not in human governments or human groups or human ideas. Jesus’ kingdom is formed by leaving all and following – not ideas – but Him.

Paul calls the church in Corinth to God’s wisdom which is always displayed in righteousness, sanctification and the fruit of redemption. By righteousness he means conformity to Christ. That means we look like him; we bear his fragrance. I fear he looks little like us and we have indeed obscured his splendor before the watching world. By sanctification Paul means progress in the character of Christ. That means I should be growing in love, kindness, self-control, truth and justice for these are characteristics of my Lord. I am to be increasingly demonstrating the fruit of redemption until the day comes when we fully escape from the bondage of sin.

We have been deceived. We have believed that size and fame and numbers are proof of the presence of God. In doing so we have protected institutions instead of sheep and fostered arrogance rather than humility. Paul showed deep concern over the church that was covering up sin and the influence of that cover-up on God’s people. We have believed that controlling human government is more important than obedience to the government of God over our lives. We scream hateful words, both literally and via social media, at those who do not agree with our stance as if the “right” human government determines what our God can do.  We think that rigid adherence to stringent rules separating men and women in the name of propriety will control human hearts. Yet our God clearly says our wrongdoing comes from our hearts, not from those around us. We have thought our race, our community, our nation, our way of thinking is superior, rather than seeking desperately to develop the mind of Christ about all things. Anything that deflects the mind from the centrality of Jesus Christ and his cross is of the flesh. He, and he alone, is made unto us wisdom. Then and only then will the diseases infecting the people of God be cured.

You want to be a safe and holy shepherd who feeds his sheep? Then feed on him only – not the position, the applause, the growth or fame. Feed on him so you can teach his sheep to do the same as they go out to minister in his name (character).You want women and men, girls and boys to be safe with those who have power? An immoral woman of the “wrong” race was utterly safe with Jesus – who broke all the rules in sitting alone with her. She was safe because he sought to do only the will of his father. No one in his world was a “them” unless they chose to be so. And it is very sobering to see that those who did that all the way to the cross were religious leaders. They treated him as a “them”. They excommunicated the Lord of glory. The man Christ Jesus served neither Rome nor Israel.  He bowed to no government or human institution – secular or religious. He called both to truth and light.

The call to the church of Jesus Christ today is to fall on our faces, seeking him and asking him to search our hearts and lives. You and I are all ministers to the world in Jesus’ name. The word for minister in the New Testament means under-rower. Yes, a galley slave on a warship who does not obey wind or weather or waves but rows ever and always according to the instructions of the captain. When each under-rower lives fully under the authority of that captain then that ship can survive battles, storms and weariness as they row together under the command of one.

Oswald Chambers has taught me many things. He says, “We count as service what we do in the way of Christian work; Jesus Christ calls service what we are to Him. Discipleship is based on devotion to Jesus Christ.” We have substituted ideas and opinions, institutions and groups, for allegiance to the Person of Jesus Christ and His Word. His first obedience was always to the will of the Father no matter the cost. May we, the body of Christ today, be known for our devotion, our love and obedience to Christ – under-rowers whose service is never dictated by current ideas, or groups, or causes – but within those spheres we are first and foremost devoted to the Crucified Christ. It is then and only then that we will make “the splendor of his presence more plainly visible in the eyes of men”.